NHL Betting – Interesting Offseason Coming Up For Trio Of Teams 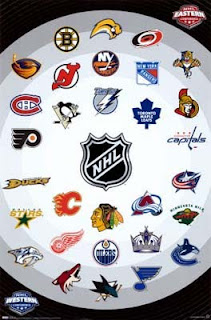 While most are focusing on Blackhawks Flyers betting, it would be a good thing to start looking ahead for a few times, and here’s a look at three teams who could be going through some big chances, including the top two teams in the NHL during the regular season.

The Kings emerged on the scene this year, but some were even surprised that they ended up with a sixth seed. Los Angeles fell to Vancouver in six games in the first round of the Western Conference finals, but the duo of Drew Doughty and Jack Johnson served notice that they could be the best defensive duo in the league in the next few years, and offensively, they may be next year as they quarterbacked the Kings’ No.1-rated power play that ripped through the Canucks. They’re still a little young: half of their top-six forwards are 25 or younger led by captain Dustin Brown, while Johnson and Doughty are 23 and 20, respectively, and goalie Jon Quick is 24. See what Chicago is doing? That could be the Kings very, very soon.

The Capitals let a lot of Stanley Cup betting players down when they were upset by Montreal in the first round, as they were the first No.1 seed to fall to a No.8 seed after leading the series three games to one. The Capitals don’t need to make wholesale changes, but the defense could stand to use one more defensive-minded player. The Capitals’ big players will have to think about their efforts. Even though Alex Ovechkin had 10 points, he often appeared frustrated and out of ideas. Alex Semin didn’t score a single goal in 44 shots, and Mike Green had another poor postseason. Also, is Semyon Varlamov a No.1 goaltender in the NHL?

If the Sharks were a World Cup betting option, they would be Spain: all the talent to be considered the favorites, but instead, they’re known as the underachievers of the NHL. They did manage to make it to the Western Conference finals before getting swept by Chicago, and it may be time to blow it up. The line of Joe Thornton, Dany Heatley and Patrick Marleau would good in spots, but were outplayed by the second line for most of the playoffs. Heatley just finished his first year in San Jose, and even though he may be the worst of the trio for shying away in big games, the Sharks will probably hang on to Thornton, which leaves Marleau, their former captain. If Rob Blake doesn’t play next year, the Sharks will have to replace him as well. Also, after this year and his performance for Russia against Canada in the Olympics, is Evgeni Nabokov a big-game goaltender? The Sharks could be a different team by the time next season’s online betting odds are released.

Posted by Egypt Conflict at 6:30 PM