Deals of the Week is Not Optional 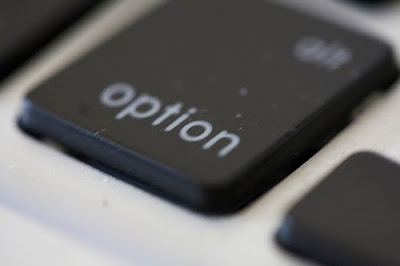 Early in 2009, Cephalon purchased for $100 million an option to buy a smaller biotech, Ception Therapeutics, for $250 million. This week, Ception investors had their big pay day.

Cephalon's decision was dependent upon successful results from Ception's lead project for eosinophilic asthma, the anti-IL-5 antibody Cinquil (reslizumab). An earlier opportunity to exercise its right to buy was thwarted when the same drug didn't pass the muster in a related condition, eosinophilic esophagitis.

The news should cheer private biotech investors, who are largely resigned to accepting downpayments of one type or another to get their exits-by-acquisition deals sealed. In 2009 nearly every acquisition of a private biotech comprised a downpayment plus contingent value rights based on development, regulatory, reimbursement or commercial milestones.

These option-to-acquire deals are designed to similarly share risk and potential upside. And we argued at this week's Pharmaceutical Strategic Outlook meeting that these structures are only becoming further entrenched as biotech investors continue to struggle and the IPO climate remains chilly at best. Outcomes like Ception's help demonstrate that option-structures aren't necessarily low-value deals, which may momentarily stop the handwringing of some venture capitalists.

The week's nearly over. We advise you opt in to another edition of...

Pfizer/Merck/Lilly: Recognizing the merits of pre-competitive collaboration, the three pharmacos announced Feb. 23 the launch of the not-for-profit Asian Cancer Research Group, which will gather pharmacogenomic data on Asia's most prevalent cancers. Initially, ACRG will focus on identifying biomarkers for lung and gastric cancers in Asia. Unlike another pre-competitive venture Pfizer, Merck and Lilly have stakes in--Enlight Bioscience--the ACRG is not-for-profit. The companies hope to gather 2,000 tissue samples from lung and gastric cancer patients in the next two years, at which point the data will be made publicly available to researchers through non-exclusive licenses. Within five years, the database will be updated with clinical data, including quality of life and survival data. "The beauty is that we'll be collecting all the clinical outcome data associated with patients that will really give us an extensive understanding of whether a genetic signature will be linked to either a good or poor prognosis," Pfizer oncology CSO Neil Gibson told PharmAsia News. Lilly will be responsible for managing the open-source data from its Singapore Center for Drug Development site, which it established in 2002 in partnership with Genzyme for research in diabetes and biomarker discovery in cancer.--Daniel Poppy

GSK/Regulus: Call this the collaboration so nice, they did it twice. GlaxoSmithKline and Regulus Therapeutics, a pioneer in the microRNA field, announced a new collaboration Feb. 25, through which they will co-develop and commercialize therapeutics targeting microRNA-122 in hepatitis C and other indications. The deal occurs less than two years after the Carlsbad, Calif., biotech and GSK signed a strategic alliance to discover, develop and bring to market novel microRNA therapies for inflammatory and immunological indications (See our coverage of that deal from “The Pink Sheet” DAILY). Regulus, a joint venture between two pioneers in oligonucleotide technology, Alnylam and Isis, has access to plenty of IP and scientific skills in this fast-moving field. GSK was drawn to additional collaboration with Regulus because it has gotten an inside view on the potential microRNA therapeutics and how they work and because Regulus has done significant preclinical work with “the dominant IP” in the space, Regulus president/CEO Kleanthis Xanthopoulos told us. Regulus could earn more than $150 million in upfront and milestone payments over the course of the partnership, the companies said, although they did not disclose most of the deal terms. Like the previous transaction, this deal breaks the upfront payment into two components – cash and a convertible note that can be transformed into Regulus equity at a time of the company’s choosing. In the first deal, Regulus got $15 million in cash plus a $5 million convertible note. The upfront “essentially covers all of our R&D costs so far to bring the compound to the preclinical stage,” Xanthopoulos said. He said the remainder of the $150 million will be spread out “evenly and at frequent intervals.”--Joseph Haas

Astellas/Basilea: Just a few days after losing one partner, Swiss biotech Basilea on Feb. 24 pulled in another. When Johnson & Johnson exited a five-year partnership on antibiotic ceftobiprole on Feb. 19, most analysts saw this as good news for the biotech, given that the partners were in arbitration over J&J’s allegedly shoddy trial data management and subsequent regulatory delays. Basilea’s fortunes then continued to shine when Astellas stepped in with CHF 75 million ($69.4 million) up front and up to CHF 478 million in milestones for rights to the biotech’s other Phase III candidate, anti-fungal isavuconazole—widely perceived as now more valuable than ceftobiprole anyway. Astellas will lead (and thus fund most of) development and commercialization of the drug, but, significantly, Basilea will participate—paying a minority of development costs and retaining a option to co-promote isavuconazole, which is in development for invasive fungal infections, in the US, Canada, major European countries and China. In fact such participation was a pre-condition of the deal, according to Basilea’s management; not surprising, perhaps, given the extent to which the biotech was apparently left out in the cold in the J&J deal. Astellas’ funding provides a welcome cushion for Basilea given the uncertainties created by a contractual year-long transition period with J&J, and the biotech’s commitment to the European rollout of its severe hand excema drug Toctino. As importantly perhaps, it provides validation of both Basilea’s pipeline, and its attractiveness as a partner despite the unusually acrimonious J&J relationship. --Melanie Senior

Email ThisBlogThis!Share to TwitterShare to FacebookShare to Pinterest
Labels: alliances, deals of the week, mergers and acquisitions, option-based deals