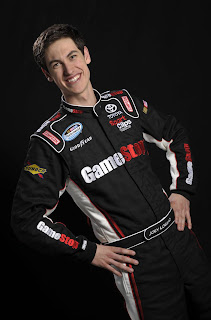 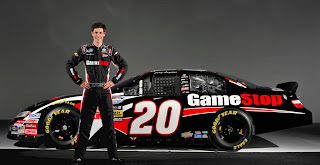 Montréal, February 24, 2010 - One of the young marvels and also one of the most promising NASCAR Nationwide Series drivers, Joey Logano, will compete in the upcoming NAPA Auto Parts 200 Presented by Dodge on August 28-29. The 19-year old phenom, nicknamed Sliced Bread (as in the greatest thing since) by Randy Lajoie, another native son of Connecticut and a well-known stock-car driver in Eastern Canada, will make his second appearance at Circuit Gilles Villeneuve in 2010. Driving the GameStop-sponsored No 20 Toyota Camry for Joe Gibbs Racing, Logano will run a 21-race schedule in the NASCAR Nationwide Series on top of his full schedule with the big boys in the Sprint Cup Series.

Entering his third partial Nationwide Series season where he has earned six wins and eight poles in 43 starts, Logano confirmed and commented on his return to Montréal after media noticed that the Nationwide Series event at Circuit Gilles Villeneuve was included on his race schedule.

"I'm looking forward to racing again in Montréal. It's a really tough course with tight turns, and it's especially hard on the brakes. In 2008, the infamous race in the rain, we didn't get the finish that I would've liked," remembers Logano about his retirement while in 17th place in the race. He is more positive about his outcome next time around in Montréal. "Everyone had a hard time seeing and that was the first time many of us raced under those conditions. But, I think we've all gotten a lot smarter in terms of racing in the rain. We all have new windshield wipers now and new tires so we're ready."

Another important element in Logano's sureness prior to his next visit to Montréal is the experience acquired on road courses. "Personally, I've also gained a lot more road course experience since the last time we were in Montréal so I'm looking forward to having a great finish in August. We are always racing for the win and Montréal isn't any different." His best performance on a road course came in August 2008 with a seventh-place finish in a Nationwide race at Watkins Glen. A true product of oval racing development series (Quarter Midget Racing, Bandolero Bandits Series Championship, Legends Series, and Late Models), he was quickly signed up by Joe Gibbs when he was 15 years old.

"We weren't in Montréal last year but I watched on television as they again ran in the rain so who knows what we'll face when we get there this year. But, we have a really good team and I expect a much better performance on track than the last time we were there. That event is a lot of fun. Montréal is a great city and the fans are wonderful. I really enjoyed myself there in 2008 and am looking forward to going back in 2010," concluded Logano.

"We are happy that Joe Gibbs Racing has chosen to include Montréal on Joey Logano's race program for 2010. He is exceptional, the next big thing and drivers of his caliber will eventually outperform anyone one on any kind of track," says François Dumontier, President of Octane Management and delegated promoter of the event. "Even though his road course experience is limited, we are assured that he can perform as well here as did Carl Edwards and Brad Keselowski, who also learned how to race on oval tracks. Along with these two Cup regulars, fans should also be on the lookout for Joey in our Nationwide race in August."

Tickets for the 2010 Montréal NAPA Auto Parts 200, Presented by Dodge are currently on sale. To order tickets and see the stars of NASCAR on Circuit Gilles Villeneuve on August 28-29, fans must call 514 397-0007 or order online anytime at www.circuitgillesvilleneuve.ca/en/.

Mandated by Stock-Car Montréal, a wholly-owned subsidiary of International Speedway Corporation (ISC) based in Daytona Beach, Florida, Octane Management is, since 2009, the delegated promoter of the NAPA Auto Parts 200, Presented by Dodge. ISC is the leading promoter of motorsports in North America, hosting over 100 major racing events each year.

Posted by Egypt Conflict at 3:48 PM