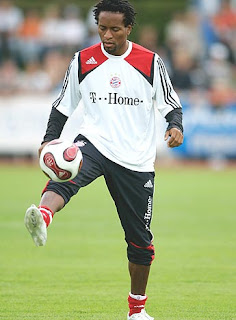 Flywheel Brazilian Ze Roberto will leave Bayern Munich after declining an offer of contract renewal for one year, reported today by the German newspaper "TZ" in its online version.

Zé Roberto, 34 years, said the club will "proudly" after completing a second stage in the club.

Gerland is the reserve team coach since 2001 and was assistant Jupp Heynckes in short internship that followed the dismissal of coach Jürgen Klinsmann in late April.

Posted by Egypt Conflict at 4:29 PM