Options, Schmoptions. Sure GSK can ink its low-money-down, risk-hedging deals--for now. We'd argue that with pipelines flagging and the general push to look outside, the hottest targets/assets/technologies are still commanding value in competitive auction arrangements, a place where pesky options tend to be problematic. Yep, that's right. Despite the lackluster economy and the biotech financial crisis, it can be a seller's market.

Just ask Medivation. In late October the company announced a tie-up with Astellas to develop its Phase III prostate cancer drug, MDV3100 in a transaction worth $110 million up-front and biobucks of more than $650 million. Moreover, Medivation still keeps significant control of the development program--at least in the US, where the two firms evenly split costs. (Ex-US, Astellas picks up the whole tab for development and commercialization, providing tiered double-digit royalties in exchange for the privilege.)

Why does this deal merit top marks in the M&A/Alliance race? It's not because the upfront topped the chart in terms of dollar amounts. (That distinction goes to the AstraZeneca/ Targacept alliance announced last week.) But it does highlight the kind of deal you can ink when your target is hot-hot-hot. MDV3100 is one of two late-stage compounds seeking approval to treat hormone-refractory prostate cancer. The other? Abiraterone, a Phase III molecule that was J&J's primary interest for taking out its developer, Cougar Biotechnology, in a deal worth roughly $1 billion.
Other reasons to vote for this deal? Cuz Astellas may be "the new little engine that could" of deal-making. When you're Pfizer or GSK or J&J, a product like MDV3100 isn't by itself going to move the needle when it comes to growing the business. But for Astellas this is an important product that builds upon an existing urology franchise--the pharma sells Flomax and Vesicare--and helps create a new presence in oncology. And to get access, the Japanese player was willing to share the wealth with Medivation. 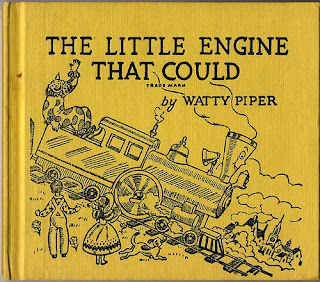 2009 may have been the year of the mega-merger, but smaller companies like Astellas--and the other Japanese pharmas Takeda, Shionogi, Daiichi, Otsuka, and Eisai--are still finding ways to compete. (Other interesting Astellas deals to note: partnerships with Zogenix, NeurogesX, and a joint-venture with Maxygen.) A lot of the draw comes down to one simple fact: a company's willingness to do right by its partner, including an ability to be flexible on the deal structure. (The BMS-Otuska deal is another interesting example of two partners working to find a structure that mutually benefits both.)

But there's also a willingness to play in risky markets like cardiovascular disease and be bold in the process. Recall Astellas tried--and ultimately failed--to acquire CV Therapeutics before it was outbid by Gilead. We think the company's hostile offer was a watershed moment, showing business as usual for the Japanese pharma didn't necessarily have to mean a consensus driven process. And we give Astellas credit for not being drawn into a bidding war, sticking to its price even after Gilead launched its white knight, higher offer.
So vote for Astellas/Medivation: a vote for oncology drug deals, a vote for increasing alliance values, a vote for the continued strength of the Japanese deal makers.
Posted by Egypt Conflict at 2:30 AM