Ronaldinho the Best Player of the Decade 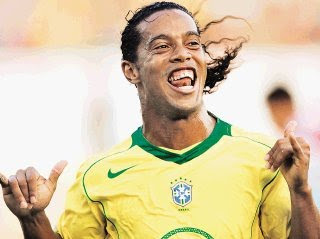 Ronaldinho was voted best player of the decade by the magazine World Soccer.

Milan's Brazilian striker, who won the 2002 World Cup with Brazil and the 2006 Champions League with Barcelona, the vote to beat Argentine striker Lionel Messi and Portugal winger Cristiano Ronaldo.

The result, announced today, was decided by votes received each year between 2000 and 2009.

Posted by Egypt Conflict at 6:16 PM