While You Were Saying 'Aha!' 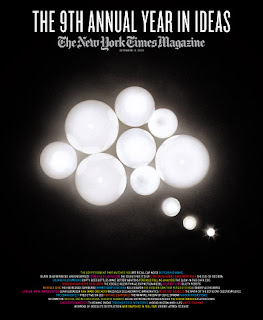 Time for an annual December treat: It's the NYTimes Magazine's annual 'year in ideas' issue. We weren't as taken with the issue as we have been in years past, but it's always worth a read.
While you were drinking your lithium ...
Posted by Egypt Conflict at 2:10 AM