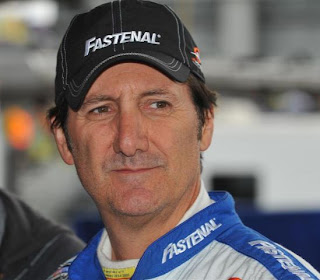 (TORONTO, ON // DECEMBER 11, 2009) While there have been several constants throughout the three-year history of the Canadian Motorsports Expo, the presence of Canadian racing star Ron Fellows is one of the most notable. In 2010, the accomplished racer will be making his fourth consecutive appearance at the CME, taking part in several significant discussions and ceremonies.

Talking about the ‘Ron & Friends’ forum, Fellows said, “While this year’s Canadian Motorsports Expo is heavy on the nostalgia theme – with the celebration of Mosport’s 50th Anniversary Season in 2010 – we’re planning to have a number of current and former competitors on hand to interact with the fans for a fun ‘bench racing’ segment, hosted by yours truly. It’s always fun and you never know what stories and comments are going to come out.”

The following day, on Sunday, January 24, Fellows will join Paul Tracy and several others to help kick off events paying tribute to a half century of racing at Mosport International Raceway. “For car racing enthusiasts and competitors, Mosport is one of the most beloved circuits in North America,” continued Fellows. “The 10-turn, 2.45-mile circuit has hosted every possible form of motorsport over the years, and it’s been a huge part of my life for 40 of those 50 years. Congratulations Mosport… here’s to 50 more! The CME is a great venue to start the season-long tribute to Mosport.”

Commenting on Ron Fellows’ appearance at the CME, show founder and President Glenn Butt said, “From ‘day one’ Ron has been an incredible supporter of the CME. He represents the best of Canadian racing in so many ways, from his incredible achievements, to his commitment to building a ladder for future Canadian talent, to his efforts to preserve the history of Canadian motorsports. And he does it all with a smile. On behalf of the CME and our partners Inside Track, we are honoured to have Ron Fellows at the show for a fourth consecutive year.”

Discussing the CME, Fellows said, “The Canadian Motorsports Expo is quickly becoming the must-see, off-season motorsports event. The concept is long overdue and I applaud Glenn Butt and Inside Track Motorsport News for their efforts in building and maintaining this mid-winter tradition.”

ABOUT THE CME: The Canadian Motorsports Expo is a three-day celebration of Canadian racing that runs January 22 to 24 at the International Centre (6900 Airport Road in Mississauga). The show is powered by Inside Track Motorsport News and supported by companies like Lucas Oil Canada, NASCAR Canada, Mosport International Raceway and Canadian Tire. In addition to booths and racing vehicles representing the entire spectrum of Canadian motorsports, the show is loaded with seminars and forums to entertain and inform racers and fans alike.

Posted by Egypt Conflict at 8:22 AM