OK, it involves some far away places we never think of – even beyond the fabled BRIC countries. But the January deal in which GSK paid UCB $670 million for commercial operations in more than 50 non-core countries, as well as rights to sell some primary care drugs in those territories, could be the IT deal of 2009.

After all, it captures so many of 2009's biggest trends: the land grab in emerging markets, the tug of regionalization versus globalization, the ongoing shake up in primary care, and diversification--the bluster of the big versus the commitment of the focused.

On one level, the deal shows how two companies with very different strategies are reacting to the mania about emerging markets. GSK is looking to be a geographically diversified global provider of medicines at all price points to as many countries as possible—and says its far-flung infrastructure, deep pockets, and global expertise make it the go-to company for late-stage deal-making in emerging markets. In other words, it can be a Big Brother.

UCB, on the other hand, is concentrating on what it does best: it is in effect taking a "master craftsman" approach. At a fraction of the size of GSK or other Big Pharma, it can't be everywhere selling everything. And so, it is joining a small, but important group of biopharma—including the much bigger Bristol-Myers Squibb and Lilly—that has chosen to intensify its focus rather than diversify. It recently repositioned itself as a spec pharma focused on CNS and inflammatory diseases and is extending that idea globally. 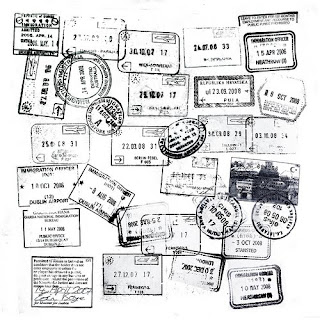 GSK's funds enable UCB to pay down its burdensome debt by shedding non-core assets—which were attractive enough for GSK to pay nearly 4X sales. UCB is not giving up on emerging markets, by any means, and still plans to sell specialty drugs in the BRIC countries, along with Mexico, Canada and South Korea. But it won't be stuck with infrastructure or products it can't afford.

GSK is another matter. Even as it cuts expenses in its Western markets, it is bulking up in emerging markets, where antiquated Western terms like "sales force arms race" and "shortage of human capital" –are real business concerns, not just pleasant reminders of the now-gone good old days in the West.

And that strategy is based on fortifying its product portfolio with a series of deals in the mature products and primary care sectors of the pharma industry; the assets UCB sold to GSK include rights to the anti-epileptic Keppra and the allergy drugs Zyrec and Xyzal in certain countries in Africa, the Middle East, the Asia Pacific region and Latin America.

GSK is being ultra-aggressive: along with Sanofi it's been a high-profile deal maker in emerging markets in 2009. Pre -2009, GSK was a player in four of the 10 fastest-growing therapeutic areas in the Middle East and North Africa. Now, the company is in nine of the top 10 therapeutic areas in those countries—a stat it's been communicating as it circles the globe for partners.

Eventually, it expects doors in emerging countries to open for its novel, proprietary specialty drugs. Meanwhile, it, like others, is making hits of some of primary care drugs that are flailing back home, for in emerging markets, primary care drugs still have good value. Hard to believe, but GSK's second largest product in emerging markets is the antibiotic Augmentin, which is growing 30% a year, even as it faces competition from 15-20 generics--people there are so eager for quality, they're willing to pay more out of pocket for branded, proprietary drugs, despite generic alternatives. Now that's a market worthy of a land-grab, and a deal worthy of IVB's Deal of the Year.

image from flickr user mondayne used under a creative commons license.
Posted by Egypt Conflict at 6:30 AM