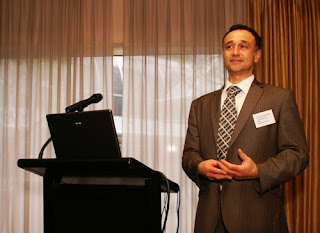 Yorkshire company EMSc (UK) Limited, has reported on a year of exceptional growth as demand for Powerstar, its innovative voltage optimisation system, increases throughout the world. In the past 12 months alone the company has increased turnover by 166% to almost £8m, and has employed an additional 20 people, an increase of 75%.
Due to the company’s continued success it has also relocated its manufacturing facility on two occasions. The company quickly outgrew the first facility after under a month and has recently moved again to premises double the size on the same Rotherham site.

Internationally the company is also expanding its presence with the signing of distribution agreements to supply Powerstar in Australia, South Africa , UAE and Greece supported by the commencement of operations in the companies Cyprus based premises.

“This has been an outstanding 12 months for us. We are extremely excited by our future prospects, not only here in the UK but throughout the world. The interest in Powerstar is putting us on track to significantly increase turnover once again in the current financial year.”

Powerstar provides an instant solution to businesses and organisations, enabling them to save money by reducing energy consumption and at the same time cutting their carbon emissions.  Voltage optimisation is a cost efficient way to control a buildings incoming voltage in order to maximise energy savings.

The company has also recently been short listed for two awards in the Barnsley & Rotherham Business Awards 2010 in the Innovation in Business & Excellence in Manufacturing categories.

Can save up to 26.1% of electricity consumption.

Is fully designed and manufactured in the UK. All Powerstar components, including even minor items such as the paint, are sourced from UK manufacturers. The Powerstar design and any associated software are designed by EMSc UK Limited.

Requires no maintenance and has a 15 year warranty.

Is an approved energy savings system and may qualify for an interest-free Energy Efficiency Loan from the Carbon Trust.

Will improve the life expectancy of electrical equipment.

Has the highest efficiency and provides better savings than any other voltage optimisation system sold in the UK. This has been proven in independent tests (on the same load and same voltage reduction), head to head with similar competitive systems. In these tests Powerstar achieved:

The EMS team has over 150 years combined experience in designing and manufacturing special transformers and the Powerstar design is a direct result of this experience.

For more information visit: www.powerstar.co.uk
Posted by Egypt Conflict at 7:46 AM