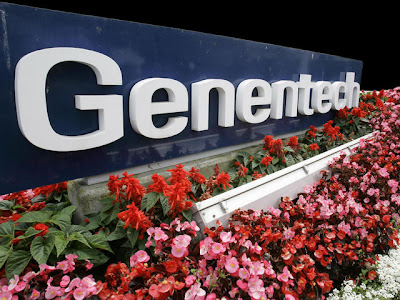 Roche's offer to acquire Genentech in full has got everybody talking. The most frequent subject of discussion in conversations we've had with biotech and pharma leaders is culture. What impact will Roche's deal have on Genentech's biotech roots and culture? To read our initial take, click here.

One former head of R&D at one of the largest pharmaceutical companies in the world who now works at a biotech weighed in.
"Roche and Genentech have for a very long time said that one of the key to the success of Genentech is Roche’s ability to leave it alone and continue to function in a biotech model. So, I think there are two questions," he says.
"One, is that Genentech has now grown into the size of any respectable major pharma company. Is it really still functioning in a biotech model at all? Second, will Roche have a different level of control over Genentech when it owns all of it than when it had when it owned a majority stake?"

The implicit answer to the first question is a clearcut, no.
"That second piece is in Roche’s control. They can either choose to change how they govern or just leave it alone. Frankly, I think the success of Genentech has been simply outstanding and I hope that Roche allows them to function [as they always have]."
Please keep your comments on the deal's impact on culture coming as this will be a major theme as an increasing number of biotechs get snapped up by large pharmaceutical manufacturers.
There have been a number of interesting angles to come out of the most recent proposed Genentech/Roche combination.
One theme that intrigued us in the wee hours of the morning when the deal was first announced was the nationalistic/protectionist angle of a large Swiss company taking full control of an American company, which serves as the model for the biotech industry. We've written a little about this before. To read our previous stories, click here and here.
We even wondered whether this deal triggered a formal national security review (remember Dubai Ports?) by the Committee on Foreign Investments in the US (CFIUS). The committee is made up of representatives from the State Department, Homeland Security, the Office of Science & Technology Policy, the Department of Defense, the Justice Department, the Council of Economic Advisors, and the US intelligence agencies.
We asked one of the foremost experts on the issue if it does? He says it doesn't. The only way the deal would require approval from the committee were if Roche was "gaining control through acquisition." Roche already owns 56% of the company.
Nevertheless, the patriotic angle shouldn't be altogether discarded. For example, when Roche was readying to launch it's follow-on EPO Mircera (the courts eventually had something to say about that plan), Amgen quickly built a case that a Swiss company was going to be entering the US market with a higher priced product, which would gouge Medicare and American taxpayers. To read about it, click here.
Even though the deal won't trigger a national security review, Genentech could use the protectionist argument to defend itself in a public relations fight if it decided to get down and dirty.
Do you think there is a legitimate nationalistic defense in this case? Or is this just globalization at its finest?
Posted by Egypt Conflict at 10:20 AM