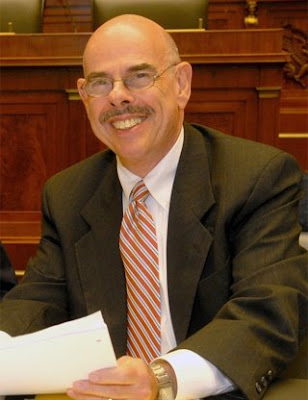 Early in his opening statement, Waxman cited Johnson & Johnson and Bristol-Myers Squibb for the windfall profits they have made off the Part D program due to the switch of dual-eligible Medicaid patients over to Medicare.

"Johnson and Johnson earned over $500 million in additional profits, much of it from just one drug, the anti-psychotic medication Risperdal. Bristol Myers earned a windfall of almost $400 million, thanks to higher prices for the stroke medication Plavix," Waxman alleged.

He continued: "This is an enormous giveaway. And it has absolutely no justification. The drug companies are making the same drugs. They are being used by the same beneficiaries. Yet because the drugs are being bought through Medicare Part D instead of Medicaid, the prices paid by the taxpayers have ballooned by billions of dollars."

This was after he said the government was paying 30% more for the 6 million dual eligibles under Medicare than they paid under Medicaid.

Ranking Virginia Republican Tom Davis quickly noted that there are many drugs not available under Medicaid because of more stringent pharmacy rules. Gerard Anderson, director of the Center for Hospital Finance and Management, Bloomberg School of Public Health, Johns Hopkins University, disagreed, saying the Medicaid formulary is quite open, with a wide breadth of offerings. Davis didn't let up, pointing out that you can't fill as many prescriptions at the pharmacy under Medicaid.

Stephen Schondelmeyer, head of the Department of Pharmaceutical Care and Health Systems, University of Minnesota, waded into the numbers. States spent $43 billion in Medicaid spending in 2005. That number was cut almost in half in 2006 to $21 billion after the duals were switched to Medicare, so money was switched out of the state system, according to Schondelmeyer.

He noted that 18% to 19% of that Medicaid spending came back to states in the form of rebates. But the numbers are actually quite higher, he said. Individual states can negotiate further rebates under a supplemental law and many states are successful in getting larger rebates. Schondelmeyer cited rebates of 20%-21% between 2000-2003; 24% in 2004; and 28.8% in 2005. The University of Minnesota researcher said the Centers for Medicare and Medicaid Services has not released data for 2006 and 2007, but he estimates the rebates come in at 30% to 31%. A report released by Waxman late last year showed Part D was generating rebates of about 8%. A new report by the majority staff released today shows Part D rebates for 2007 had gone up to 14%, but still well below what the states can secure. To read the report, click here. There's a lot more to delve into.

In other words, even at 14%, states are able to negotiate more than double the rebates the government is getting under Part D.

Anderson made three major recommendations: 1) Greater Part D price transparency; 2) Drug pricing data should be readily available and accessible; and 3) All government agencies should be paying the same price for drugs.

Hmmmm. The drug and insurance industries aren't faring too well in the first part of this hearing. So what's the take home message? Expect even more of these types of hearings in 2009 and get to know the names of the witnesses who are testifying today. To see the list, click here. It's almost identical to the witness list at a Senate Finance Committee and prior House Oversight hearings in early 2007. In other words, these are the experts who Democratic lawmakers will be calling upon for advice and guidance when crafting policy.

Posted by Egypt Conflict at 7:22 AM