New Hampshire Motor Speedway reacts to being left off the 2009 IndyCar sked: "... a slap in the face..." 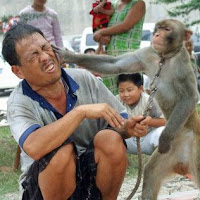 LOUDON, N.H. (July 30, 2008) – The following is a statement from New Hampshire Motor Speedway Executive Vice President and General Manager Jerry Gappens on the Speedway being omitted from the 2009 IndyCar Series Schedule.

“I’m extremely disappointed for our fans, who have given us very positive feedback about the possible return of IndyCar racing to New Hampshire Motor Speedway. In fact, in a recent poll on our website, nhms.com, nearly 80-percent of our fans said they wanted to see this exciting form of motorsports return. That’s a strong endorsement, and I don’t understand the decision not to include our facility on next year's schedule.

I think it’s a slap in the face to Bruton Smith, our Chairman, and to our company who have both been very supportive of the Indy Racing League since its inception. From a historical perspective, Bob Bahre, the former owner of New Hampshire Motor Speedway, was one of the first to agree to go with the Indy Racing League (IRL) when they split from Championship Auto Racing Teams (CART) in 1995.

I sat in a meeting and watched Bruton ask them for a race here, which they seemed extremely interested in doing, pending scheduling conflicts with Japan. In addition, in that same meeting, they asked him to host the series finale in Las Vegas, which Mr. Smith agreed to and even offered the speedway and financial support for it to happen this year. Having attended that meeting in early June, it’s hard to believe that neither facility is on the new schedule.

The feedback that has been conveyed to me is that they don’t want to add an additional race to the schedule because of the increased cost to the teams. However, I believe that the purse and the strength of adding the seventh largest media market in the country would offset those costs and concerns. I think this market and facility have a lot to offer the team and series sponsors.

I would like to thank Texas Motor Speedway President and General Manager, Eddie Gossage, who on behalf of Speedway Motorsports, made an excellent proposal to the league which included Las Vegas and New Hampshire.

I don’t want to burn any bridges, but I am upset to be excluded. I am a big fan of open-wheel racing, and I strongly admire what the Hulman-George family has done for this sport. I hope that they know they would get an excellent effort from our team here at New Hampshire Motor Speedway in promoting a race in this market. History has proven that this venue provided exciting races. Now, we'll see what happens down the road.”