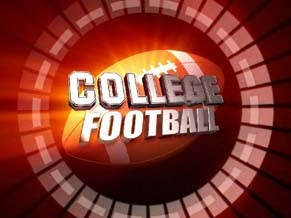 Sportsbook bettors have a lot on their plates this week and that doesn’t even include Thanksgiving turkey. As if NFL picks weren’t enough, the NCAA treats us to some big rivalry games throughout the weekend. Let’s make some picks for the Thursday and Friday matchups.

Heisman Trophy candidate Colt McCoy seems poised to be a high pick in next spring’s NFL draft but his work at the collegiate level isn’t finished. He may be the winningest quarterback in NCAA history but he wants a national title. Standing in Texas’ way is its Lone Star State rival Texas A&M. The spread is huge, especially with the Longhorns on the road, but A&M gave up huge points against the likes of Kansas State, Colorado and Utah State. I don’t see how Texas doesn’t post a huge number here. Don’t know if the Cowboys will do the same in NFL betting, though.

Sure, the Auburn Tigers are “playing for a better bowl game,” but the truth is that they just want to ruin their rival Alabama’s BCS title hopes. There’s just one big problem: Auburn can’t stop the run. It ranks 88th in the nation in yards allowed. That means Alabama’s Mark Ingram, a dark horse Heisman contender, should run through Auburn’s front seven. With the nation’s No. 1 defense also there to hold the lead, Alabama should cover the spread without much hassle.

West Virginia had its heart broken by Pittsburgh in the past and would like nothing more than to crush the Panthers’ BCS dreams in the Backyard Brawl. I don’t see it happening. Pittsburgh is 5-0 against its own conference and hungry for a date with Cincinnati to battle for the Big East crown. It has a better offense and defense than West Virginia so what’s not to like?

Posted by Egypt Conflict at 8:02 PM