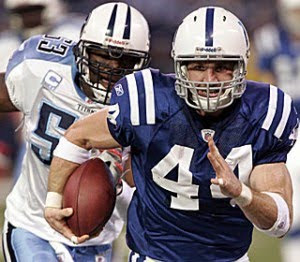 Our busy sports betting weekend rages on and we have more NFL games ahead. Consider these Week 12 picks after you finish your holiday shopping.

Every week, we ask if “this is the week” when Indy finally loses at the sportsbook. Can you blame us? The Colts have won their last four games by a combined 10 points. It seems they squeak out wins by the skin of their teeth every week. Some bettors will thus pile onto Houston’s NFL odds this week. The Texans only lost by a field goal at Indianapolis early this season and they certainly put points on the board.

Fact of the matter is that the Colts are an elite offensive team and the Texans are a poor defensive team. They have just 13 sacks in 10 games; it’s frightening to wonder what Peyton Manning can do if he has all day to throw. Indy is 14-1 all-time against Houston so we have to keep betting on the Colts with our football picks.

Who could’ve imagined the Bears would be 11-point underdogs for any game at the start of the season? 2009 has been a massive disappointment for the Bears, as the “D” gets burned for big plays, the O-line has been weak and Jay Cutler makes mistakes galore. In theory, the Vikings are a deadly matchup for Chicago. Jared Allen will terrorize Cutler, the Williams Wall will swallow Matt Forte and Adrian Peterson should tenderize a sagging Bears “D.” But Cutler, even when he struggles, still takes shots downfield and completes big plays. The Vikings allow over 230 passing yards per game, so Cutler may put enough points on the board to keep this game close. Remember, this is a divisional rivalry game. The Bears won’t go quietly and should at least stay within 11 points.

Posted by Egypt Conflict at 7:22 PM