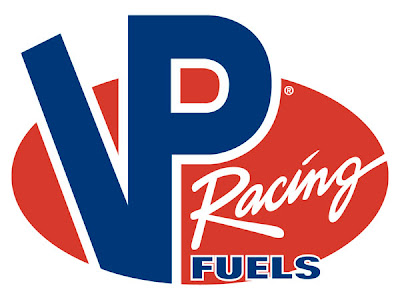 PHOENIX, AZ (November 30, 2009) – Championship Karting International is pleased to announce that VP Racing Fuels has been named Official Fuel Supplier for the upcoming PRI/CKI All-Star Karting Classic, scheduled December 10th during the PRI show at the Orange County Convention Center (OCCC) in Orlando, FL. This marks the fourth straight year VP has been the Fuel sponsor for the event, in which competitors will be powered by VP’s MS98L racing fuel. In addition, VP was the official fuel sponsor for CKI’s inaugural season this year.
“VP Racing Fuels has been a great partner for us all year, we’re glad to continue the relationship at the PRI/CKI All-Star Karting Classic and into the future,” states Kevin Williams, CKI’s Director of Operations. “VP is a leader in the world of Motorsports, a familiar face providing a top notch product. They’re another ‘piece of the puzzle’ that makes the PRI/CKI All-Star Karting Classic one of the most anticipated events each and every year.”
"We're proud to be the Official Racing Fuel of both CKI and the All-Star Karting Classic," said Bruce Hendel, VP’s Western Regional Manager. "VP’s fuels are among the most sought after in kart racing--a critically important segment of the industry which provides the foundation from which many young racers advance their racing careers. The PRI Show and All-Star Karting Classic together provide a great opportunity to remind those in the motorsports community of VP's involvement not only in karting, but across all segments of the racing industry. With nearly 70 blends of fuel for every conceivable racing application, VP's passion for racing and dedication to research and development is clearly unsurpassed."
Now in its fourth year, the PRI/CKI All-Star Karting Classic has become a highlight of the PRI show, attracting top Drivers from NASCAR, IndyCar, NHRA, ALMS, Grand-Am, and motorcycle racing who return to their karting roots to the delight of up to 5,000 fans and motorsports industry insiders outside the OCCC. The Event also provides the perfect showcase for a strong contingent of the rising stars from kart racing to share the spotlight with their heroes and role models. Rising young talents Matt Jaskol (2006 Karter Division Winner), Gary Carlton (2007 Karter Division winner) and Joel Miller (2008 Karter Division winner) are just a few of the sports young superstars in the wings to have used the event as a sneak preview to future Motorsports success.
After PRI, CKI will gear up for the 2010 season. It will be offering two series in 2010: a three-event 2010 WSK North American Series Florida Cup in January, February, and March and a six-event 2010 WSK North American Series National Championship with events beginning in April and running through October. CKI is associated with the European-based WSK international series. The debut of WSK North America in 2010 marks WSK’s expansion, in conjunction with CKI, into the North American karting community. The Series is sanctioned by the World Karting Association, under the WSK banner. For more information, visit http://www.championshipkartracing.com/.
In addition to its official fuel sponsorship of CKI, VP Racing Fuels is the Official Racing Fuel of NHRA Championship Drag Racing, IHRA, American Drag Racing League (ADRL), American LeMans, Atlantic Championship, Star Mazda and The Off Road Championship (TORC) series, among many others.
In addition to fuels, VP’s product line includes performance chemicals, specialty lubricants and traction compounds–each designed to produce the most power and best performance in their respective racing applications. More information can be obtained from VP’s website – vpracingfuels.com.
Posted by Egypt Conflict at 8:04 AM