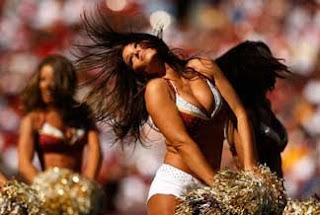 If the NFL odds for Thanksgiving Day games burned you, don’t worry; you can redeem yourself on the weekend. Give these picks a try.


I like the Bills to pull off a minor sportsbook
surprise here. They’re playing in their chilly home, hosting warm-weather Miami, which has to make a long road trip up North for the game. The Dolphins’ run defense should be weakened with defensive tackle Jason Ferguson out due to a torn quad. Terrell Owens also exploded last week, catching nine passes for 197 yards and a touchdown – coincidentally in the Bills’ first game since Dick Jauron got fired. May he and Lee Evans get behind the shaky Dolphin pass defense?


While it’s true that the Colts are coming “closer” to losing their first game in this NFL betting season – they’ve won their last four games by a combined 10 points – everything about Sunday’s game at Houston still favors them. The Texans have just 13 sacks in 10 games, meaning Peyton Manning should have lots of time to throw the ball on Sunday. Houston really struggles to stop the run, as the Titans showed on Monday night, and Joseph Addai is hitting holes like it’s his rookie season again. Indy is 14-1 all-time against Houston. Even though Matt Schaub, Andre Johnson and the Texans offense will score, Houston won’t keep Indy off the board. Go with the Colts, whose Super Bowl odds are climbing rapidly.


Sure doesn’t feel like the Jags are 6-4 but they are. Maurice Jones-Drew is running like a mad man and he may keep doing so against San Francisco. The 49ers can only ride Mike Singletary’s reputation for so long; the truth is that they’re not playing great “D” at all right now, ranking 30th against the pass and 22nd in total defense. Even if they stop MJD, David Garrard and Mike Sims-Walker could burn them. Since Alex Smith hasn’t been too effective when not operating out of the shotgun, I like the Jags to squeak past San Fran.

Posted by Egypt Conflict at 7:13 PM