Financings of the Fortnight Follows the Money Wherever It Goes 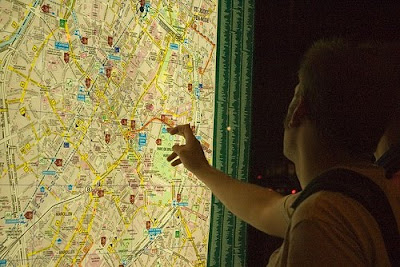 Your IN VIVO blog crew is a motley crew, and rarer will you find a motlier crew, at least not without umlauts. Collectively, we dig deeply into pharmaceuticals, medical devices, regulatory policy, reimbursement, and Philadelphia sporting activities. We've even been known to riff extemporaneously on the vuvuzela. Sorry about that.

Despite IVB's polyglot ponderings, Financings of the Fortnight tends to keep it tight on the pharma side. Once in a while we veer into devices or diagnostics, but generally the drug folks keep us hopping. This might change. It's no secret there's a shakeout in biopharma investing. Despite glimmers of economic recovery, first-quarter investment in drug-focused biotechs hit its lowest total, $619 million, in at least five years, according to Dow Jones Venture Source. And industry stalwarts are having trouble raising their next funds.

One axiom of reporting is "follow the money," so we'll be watching to see if some of the cash previously earmarked for drug startups goes into other life-science sectors or leaves health care completely. There's no hard evidence for this trend yet. First-quarter totals for medical services, devices and software were lower than nearly every quarterly total over 2008 and 2009. In other words, if there's a shift on, it didn't happen by the end of the March.

Even without the data, there's been plenty of intense conversation on the subject, as IVB guest blogger Steve Dickman noted last week. Dickman made a case for molecular diagnostics as the next field where VC might reap decent exits. You might point to the top-up round for Predictive Biosciences, a diagnostic firm with near-term commercial hopes which we describe below, as another sign that VCs are eager to pile into near-term exit opportunities. Then again, you might be Harold Varmus, who sounded a cautionary note about genomic exuberance in the May 27 New England Journal of Medicine. (Link tip from Merrill Goozner's GoozNews.)

Or, if you're looking for ripples that signal movement below the surface, perhaps you fancy the $60 million C round for Castlight Health, a consumer comparison-shopping tool for health care that's gotten quite a bit of ink this week. Veteran biopharma investor Bryan Roberts of Venrock was part of Castlight's syndicate, and IVB asked him if VCs are putting money into health services at the expense of biopharma or device investments.

Roberts demurred, noting "it's not really a matter of one or the other," but he did voice a common refrain: drug investing is getting harder because of regulatory and reimbursement uncertainty. (A perfect example: antibiotic developer Trius Therapeutics put its IPO on hold in March because it couldn't square away a protocol for a crucial Phase III trial. Trius announced June 16 it has reached agreement with FDA, though it didn't say when -- or if -- the IPO would get back on track.)

As Trius's travails suggest, the oft-discussed but elusive goal of capital efficiency seems even more elusive. And that could argue for service type investments. Of course, it helps if you can make money doing it--and Venrock's Roberts points to the 2007 IPO of Athenahealth, a maker of revenue-tracking software for doctors, as exhibit A in support of that thesis. Sure, anyone dreaming of IPO riches these days is likely to wake up with a cold wind blowing through the screen door. But with Uncle Sam and everyone else looking for better ways of treating sick people and keeping healthy people healthy, there could be acquirers aplenty looking for the right tools and services to make health care reform a reality.

We can't wait to look back six months from now to see if healthcare IT and molecular diagnostics have drawn more venture support. Meanwhile, the best way to keep following the money is to stick with...

Predictive Biosciences: More oncology molecular diagnostics are edging towards the market with VC backing. The latest is from Lexington, Mass.-based Predictive, which announced June 16 a $25 million C round led by new investor ProQuest Investments. All four current investors also chipped in. The cash will help Predictive complete two prospective, 1,000-patient clinical trials and bring to market its first product: a non-invasive bladder cancer assay based on its CertNDx platform, which detects protein and DNA biomarkers present in urine. Predictive is already working on distribution; in January, it bought a CLIA-certified lab, OncoDiagnostic Laboratory in Cleveland, and plans to roll out the bladder cancer test through a nationwide network of pathology and molecular diagnostics labs. Predictive last December licensed for an undisclosed amount the diagnostic rights to Fibroblast Growth Factor Receptor 3 (FGFR3) from several French health-care systems. It is combining the FGFR3 DNA biomarker with matrix metalloproteinase (MMP) protein detection in the bladder-cancer test. Flybridge Capital Partners, Highland Capital Partners, Kaiser Permanente Ventures and New Enterprise Associates are the returning investors, and Flybridge's Michael Greeley is the firm's chairman. Predictive previously raised nearly $32 million in two early rounds.-- A.L.

Castlight: Castlight’s $60 million Series C is one of the top venture financings of 2010 and the largest mid-stage C-round year to date. (Others include the respective $56 million and $45 million raises by Achaogen and Tetraphase.) The deal is noteworthy not just for its size but the diverse group of backers, which includes new and non-venture players such as the Wellcome Trust and the Cleveland Clinic, plus the company’s previous supporters Maverick Capital, Oak Investment Partners, and Venrock, as explained above. Castlight, founded in 2008 as Ventana Health Services, is a Web-based service aimed at letting employees compare out-of-pocket costs for procedures such as colonoscopies, X-rays or MRIs. While the service is for now geared toward providing intel on procedures, it looks to include information about pharmaceuticals, dental and eye coverage. The technology relies on complex algorithms to crunch claims data and calculate the costs to a consumer based on specific treatment decisions. In addition to a commercial buildout, part of the $60 million will go toward creation of assessments of that ever-elusive metric: the quality of care being delivered.--Ellen Foster Licking

Agile Therapeutics: The contraceptive maker said June 14 it has amassed $45 million to push its lead product into long-delayed Phase III trials. Dubbed AG200-15, the patch transmits both ethinyl estradiol, a form of estrogen, and levonorgestrel, a synthetic progestin, through the skin. It called the round a Series B, when in fact it was the first round after the firm quietly recapitalized late last year. Investor Growth Capital, a unit of Sweden's Investor AB, and Care Capital were co-leaders of the round, which also featured first-time backer Kaiser Permanente Ventures and previous investors Novitas Capital and ProQuest Investors. At least two early investors, TL Ventures and The Hillman Co., declined participation. The firm said nearly two years ago it was readying the patch for Phase III trials after reporting positive Phase II data, but the program was delayed. CEO Thomas Rossi declined to discuss specifically the Phase III delays. Rossi was previously with Johnson & Johnson and worked on the Ortho-Evra contraceptive patch that bears a black-box warning for blood clotting issues and has raised the ire of public-health watchdogs. Agile's chief medical officer told The Pink Sheet DAILY, the company's delivery technology allowed greater amounts of the progestin to pass through the skin than in existing patches, while its lower estrogen dose could remedy the clotting problems.-- Paul Bonanos

Genzyme: Putting in motion a plan it announced at last month’s investor day to buy back $2 billion of its stock, Genzyme will sell a pair of private debt offerings totaling $1 billion to fund the first tranche of the buyback effort. Slated to close June 17, the offering will consist of $500 million 3.625% senior notes due in 2015 and $500 million of 5.0% senior notes due in 2020. Genzyme says it will sell the debt to qualified institutional investors inside and outside the U.S. With shares down about 16 percent the past year, due in large part to manufacturing woes, Genzyme outlined the share buyback program May 6 as part of a five-part plan to increase shareholder value. CFO Michael Wyzga, asserting that the biotechs shares are undervalued, said Genzyme will purchase $1 billion of stock in the short-term, with plans for buying up another $1 billion by 2015. These purchases will be in addition to nearly $800 million in shares purchased under a 2007 buyback plan.--Joseph Haas

Otonomy: The San Diego hearing-loss startup said June 11 it raised a $10 million Series A from Avalon Ventures to continue its Phase I trial of lead compound OTO-104 for Meniere's disease, an inner ear disorder, and to fund preclinical work. That's roughly average for biopharma A rounds this year, not bad for a firm in a therapeutic field that drug makers have ceded to the device world, as our Pink Sheet colleagues noted recently. Is there pent-up medical need for pharmaceutical intervention? Note that the U.S. Department of Defense and Veteran's Administration together spend about $4 billion a year to cover hearing aids, tests, and evaluations for hearing loss and tinnitus. (There's also quite a market for aging rock stars.) Otonomy is openly pursuing partners for OTO-104 outside the U.S., but partnering deals in the hearing-loss space have been nearly nil so far. The only publicly-disclosed deal was in January. Novartis spent $5 million upfront for rights to GenVec's gene-therapy program to regrow hair cells in the inner ear. (Because of a different program, however, GenVec isn't doing so well.).-- A.L.