Adimab gets backed by Polaris and SVLS 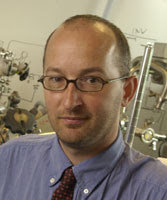 IN VIVO Blog has learned that Tillman Gerngross, professor at Dartmouth and the founder of GlycoFi (and part of the brains behind that company's yeasty glycoengineering platform), and Dane Wittrup of MIT (who has pioneered the use of yeast for displaying libraries of antibodies and ab fragments) have started up a new antibody play with lead backing from SV Life Sciences and Polaris Venture Partners, called Adimab.


Gerngross tells us that the concept behind Adimab stems from the financial and organizational hassles that Big Pharma must endure to bring the necessary continuum of antibody-related know-how in house. The process, from soup to nuts, requires a host of technologies often licensed from disparate sources. "They need to have deals to get display technology, affinity maturation technology, protein expression technology, you need to line up a long series of technologies, and wind up with a royalty stacking issue and a very complicated set of relationships," he says.

Gerngross declines to get into specifics of IP, and though he admits that it's complicated, he remains convinced that Adimab has found a way to engineer a technically superior and economically favorable approach to antibody discovery. Sticking to one system, yeast, should allow Adimab to move more quickly from discovery through antibody selection, he says.

"We're not pretending to be the only ones in this space," Gerngross says. "But we're building a business that will service pharma better than anyone else and on that could very quickly trigger an acquisition."

Adimab's as-yet announced Series A will bring in roughly $6.2 million to get the ball rolling. Its backers--which happen to be those same VCs that got behind GlycoFi from that company's outset--are aiming for another GlycoFi-like return: VCs invested a total of about $35 million since 2000 in that company, which Merck bought last year for $400 million.

We'll have more on the newco in the next START-UP.
Posted by Egypt Conflict at 8:30 AM