So Who Is the Avandia Whistleblower? 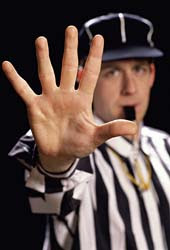 The Senate Finance Committee loves FDA whistleblowers. And it sounds like they have found another one as part of their investigation of the review of GlaxoSmithKline's diabetes drug Avandia.

In a July 24 letter from Senate Finance Committee leadership to FDA, Chairman Max Baucus (D-Mont.) and Chuck Grassley (R-Iowa) reference a primary reviewer that was taken off the Avandia review for voicing safety concerns about the drug.
Previously it was revealed that the former Deputy Director of the Division of Drug Risk Evaluation in the Office of Surveillance and Epidemiology (OSE) Rosemary Johann-Liang, who recently left the agency, had been verbally reprimanded for recommending that a black box for congestive heart failure be placed on Avandia. Now Baucus and Grassley allege a second reviewer was taken off the review.
"During a recent interview with Finance Committee staff," their letter says, "a senior medical officer in the Office of New Drugs (OND), who at one point was the primary reviewer for Avandia, told staff investigators that s/he was told to stop participation in the review of potential cardiovascular safety problems associated with Avandia. Since 2005, the senior medical officer believed that there was enough evidence to support a black box warning regarding the risk of CHF."
Who's the whistleblower? We first spoke with Robert Misbin, a primary reviewer on Avandia and Bristol-Myers Squibb/Merck's developmental/dead diabetes drug muraglitazar (Pargluva). Misbin was a whistleblower on the first glitazone, Warner-Lambert's withdrawn Rezulin. Is he the reviewer in the letter? "I don't think it's me," he told us. The Senate Finance Committee also says it's not him.
That is a bit of a head scratcher. Misbin sure sounds like the guy, based on the Finance Committee's description of the reviewer as having six years of experience with the class. Misbin supported approval of the drug, but noted his concerns about cardiovascular safety at the time. And he was taken off the Avandia review--but not in 2005. That happened in 2002.

Next, we talked with former Avandia primary reviewer Saul Malozowski, now a senior advisor on endocrine physiology in NIH's National Institute of Diabetes and Digestive and Kidney Diseases, who left FDA in 2001. "Nobody under my direct supervision was ever removed from any task in either Avandia or other drugs," he said via email. "I hope you have access to my review of this drug where I underscored the potential pitfalls in the documentation provided and the dangers that patients with cardiac condition could encounter. I also was concerned about the weight gain." So he wasn’t the whistleblower either.
The only other person suggested to us as a possibility is Johanna Zawadzki, who still is a medical officer at the agency in the metabolic and endocrine division and worked on the Avandia review. But even the person who mentioned her as a possibility doesn't think she matches the description in the Finance Committee letter. We were unable to get Zawadzki on the phone.
So who is it? Any guesses??
Posted by Egypt Conflict at 9:30 AM