Inverness' String of "I do's"

Inverness Medical Innovations certainly has no problems with commitment. 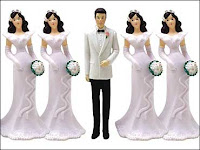 The Waltham, Mass-based diagnostics company—still in the process of integrating Biosite Inc., for which it paid $1.6 billion—grabbed a 51% stake in Diamics Inc., developer of a molecular based cervical cancer diagnostic.

The privately held Diamics took considerably less bling, requiring roughly $6 million in a staged investment, according to a release on the deal. But still it goes to show the Inverness isn’t allowing the megamerger with Biosite to take its eyes off the prize of building a broad portfolio of diagnostics the ole' fashion way--buying them. (By our count, this is number nine--or 8.51 if you consider the equity stake.)

While the Biosite deal (as well as the pending acquisition of Cholestech Corp.) gives Inverness’ cardiovascular practice a significant boost, (for an overview on Inverness check out your July IN VIVO), the Diamics deal falls closer to Inverness’ roots—women’s health care. Diamics is developing “a line of products designed to improve the effectiveness of cervical cancer screening and make the procedures less painful for patients,” according to the release. For a full profile on the company, check out last October’s START-UP Magazine.

Although Wall Street analysts say they don’t expect Inverness to make any major purchases in the future, the company has the firepower and desire to continue inking deals like this one.
Posted by Egypt Conflict at 12:30 PM

Email ThisBlogThis!Share to TwitterShare to FacebookShare to Pinterest
Labels: diagnostics, mergers and acquisitions