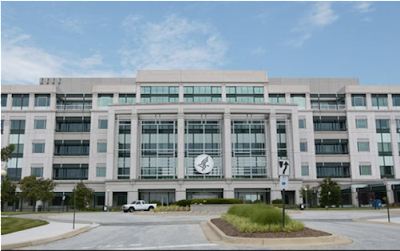 CMS: The Other Drug Safety Agency
Amgen and Johnson & Johnson got some good news when the Centers for Medicare & Medicaid Services finalized its proposed policy on coverage of erythropoietin stimulating agents (ESAs) in cancer patients. The final policy is about as good as it could be for the companies under the circumstances—much better than the agency originally proposed.

CMS agreed to continue to cover EPO in a number of important chemotherapy settings and also dropped some of the toughest dosing restrictions in the proposed policy. So the worst may be over for darbepoetin (Aranesp) and epoetin (Procrit) in the cancer market. Both Amgen and J&J reported sharp revenue declines for their respective brands during the quarter in response to safety concerns—and especially payment changes—but both expect growth to resume from the new, lower baseline.

CMS may have backed off from the most draconian aspects of its proposed limits on EPO coverage, but the agency is not backing off from the position that it does not have to defer to the Food & Drug Administration when it comes to responding to emerging drug safety issues.

In that sense, the final coverage policy is not a change from the agency’s initial proposal—and that is a message that the rest of the biopharmaceutical industry cannot afford to miss.

The RPM Report has written extensively about the activist role taken by CMS in the EPO safety debate. Simply put, there are now two agencies—FDA and CMS—that manufacturers have to consider when thinking about regulatory responses to drug safety issues.

CMS made it abundantly clear in the proposed EPO policy that it does not intend to wait for FDA to finalize its review of the safety issues before acting. And in the final policy, CMS is sticking to that position.

“CMS and FDA are separate agencies with different statutory missions, and operate under distinct legal authorities,” the final policy notes. “We are encouraged that the separate and independent analyses of the FDA and CMS have raised similar serious concerns about the use of ESA treatment in patients with cancer and related neoplastic conditions.”

“FDA deliberations are not public and their timeline for making changes (if any are made) in the labeling for ESAs is unknown. We believe the safety concerns that we have identified in this document required CMS to act quickly to protect beneficiaries.”

There are still plenty of regulatory hurdles ahead for ESAs. FDA hasn’t finalized labeling changes for EPO in response to the safety issues—and both FDA and CMS are just getting started on reviewing use of the agents in the renal failure market.

But one thing is clear: CMS is not going to take a back seat to FDA when safety issues arise.
Posted by Egypt Conflict at 9:45 AM