Who's Afraid of REMS Marketing Limitations?

Some coincidences can be very instructive and tell you a lot about the future. 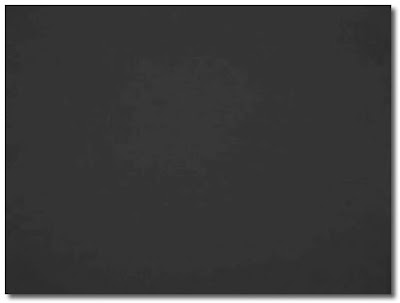 The safety issues facing the drug--an expensive therapy at the root of Genentech's recent acquisition of partner Tanox--were troubling, and resulted in a black box warning proposed in February by FDA and updated earlier this month.

Almost to the minute as the House of Representatives wrapped up its version of the FDA revitalization act (user fee reauthorization and drug safety reforms) last Wednesday evening, Genentech was explaining to a small group of financial analysts that one of the prominent, new regulatory powers being granted to FDA by Congress may actually be a boon to a threatened Genentech brand:

11 July, 6:00 PM at the Capitol: The House halts its truncated debate on the FDA Amendments (HR 2900), only one representative (New York Democrat Maurice Hinchey) speaks out against the well-managed bill. A final one-sided roll-call (403-16) passed the bill at 8:29 PM.

Genentech’s second quarter results that the company’s adoption of a new RiskMAP for Xolair will be a stabilizing event for the product and good for its continued growth. (Indeed the product's sales have been growing since the initial FDA warning anyway: Xolair sales were up 17% to $111 million in the first quarter when the safety alert was announced and up 14% in the second quarter to $120 million while Genentech and FDA were working out the specifics of the RiskMAP. The accepted plan was announced on July 2.)

Asked to comment on the commercial impact of the RiskMAP, Desmond-Hellmann characterized the company’s dealings with FDA and creation of a new safety program as a very positive effort. She said that the RiskMAP would help Genentech balance the needs of a very sick patient population with “a wish to protect them from adverse events.”

But RiskMAPs or REMS (as they are being called in the new legislation) have been signaled out by critics of the new legislation as one of the more threatening aspects of FDA’s new safety armentarium. An informal short-hand for describing the new authorities has already developed in pharma circles: the RiskMAPs allow FDA to “inform, nag and nudge, and impose limits.”

Not to Desmond-Hellmann or Genentech. Noting that many of the analysts might not be familiar with the procedures “because they are relatively new,” she portrayed the RiskMAP as a good way to work with FDA to supplement traditional labeling and provide more guidance to the medical community.

Lets break down the elements of Xolair's RiskMAP:

Black Box Warning: The most onerous part of program is the box warning at the top of Xolair’s professional labeling.
Patient Medication Guide: Pateints are to be given a brochure starting with a direct mention of the analphylaxis risk before each injection.
Patient observation after injection: The RiskMAP stresses that physicians should keep patients in their offices for an adequate period of time after administration of the shot to watch for a reaction. FDA doesn't specify a waiting time but patients generally wait about two hours already, according to a 2005 study by Genentech's Xolair marketing partner Novartis.
Follow-up surveys: Genentech will follow-up with doctors administering the drug (mostly allergists and pulmonologists) and with patients to find out how the educational materials are working. In effect, the surveys just act to keep Genentech and Novartis more closely in front of the doctor and tied to the patient.
Two post-marketing studies: One will look for a skin test for use with Xolair to try to address the unpredictable nature of the side effect. This is an obvious step that the company would have likely undertaken on its own at the first sign of the increased rate of anaphylaxis. The second test is a version of closer product surveillance through an creation of an observational repository of cases of hypersensitivity reactions associated with Xolair and appropriate control cases. Again, this is a reasonable portective move to assure that the company will not be left at the mercy of FDA’s adverse event reports in the future.

Overall, the Xolair RiskMAP looks like a sound product protection plan that actually cements the company’s position with providers and assures that the product will be restricted to a very sick group of patients: a group which justifies the current high cost of the treatment. If FDA’s new authority makes more companies adopt plans like this, the industry could be headed into a period when postmarketing problems become resolvable and not the cause of sudden product withdrawals.
Posted by Egypt Conflict at 5:00 AM