Round Up the Usual Suspects: Who Will Run Pfizer R&D? 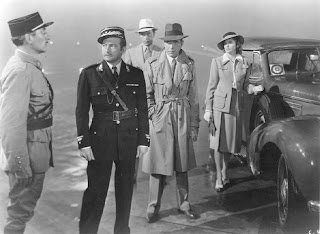 As soon as John LaMattina announced he was stepping down as head of the world’s largest pharmaceutical R&D organization, speculation over his successor bubbled over.

According to insiders, the top internal candidate is Martin Mackay, who spent most of his nearly 12 years at Pfizer on the discovery side; he’s only been running development since the beginning of the year.

But all the insiders and outsiders we spoke with think that Pfizer CEO Jeff Kindler will need to look externally, too (we understand he's using Spencer Stuart on the search).

Insider or outsider, however, he'll want someone who can straighten out the maze--cultural, bureaucratic, and physical--created from Pfizer's series of acquisitions. Not just the big ones, Warner-Lambert and Pharmacia, but also the myriad of biotechs, plus Pharmacia's acquisitions, too--many of which hadn't been fully integrated when Pfizer bought it.

Perhaps unsurprisingly, not a lot of names dropped from the trees we shook (mostly recruiters at a variety of white-shoe firms). “Who would want that job?” they chorused. Most obviously, Pfizer’s got an enormous challenge in replacing Lipitor in 2011 – a no-win situation, they said, even if the new guy creates the sleekest, best-looking R&D organization in the industry.

Or could there be a way out after all? We think maybe there could. Granted, if Vytorin and generic Zocor continue to munch away at Pfizer’s share of the statin business at the current rate, Pfizer could see $11 billion Lipitor turn into a $5 billion drug several years before patent expiration. In that case, Pfizer stock could reach the floor pretty soon. That's bad news for lots of employees (the layoff program will speed up) but it's good news for a new R&D chief (and his stock options): starting at the bottom is better than starting on a downward slope.

Plus, given all the corporate motivation provided by the loss of billions in revenue, the R&D boss would clearly be allowed to make some big changes--something that stymied previous R&D chiefs, in particular Peter Corr, who was pushed out of the job.

What's more, there are plenty of people who would simply love the ego boost that comes from managing a $7.4 billion budget.

So, we asked, which outsiders is Pfizer likely to approach? Our sources put them into two groups: the usual suspects and the less usual ones. In this post, we'll go through the former group. Tomorrow, we'll consider the less likely candidates.

Bob Ruffolo, Wyeth’s by-the-numbers R&D boss. He’s certainly shaken up the organization, but no one expects him to budge before he sees some of the fruits of his restructuring.

John Patterson, now a board member and head of development at AstraZeneca, the driver behind the effort to root out AZ’s nearly fatal NIH syndrome, and the architect of the industry’s most ambitious business development program.

Joerg Reinhardt, now CEO of Novartis Vaccines and Diagnostics, and the former development chief. But Reinhardt is joined at the hip with CEO Dan Vasella and probably will be his successor, say the jungle drums.

Jeff Leiden, former head of research and COO at Abbott, now a partner at Clarus Ventures (not, like the other senior folks at the fund, a "managing director" -- whatever that distinction means). Was a star academic physician (and a founder of several biotechs) before joining Abbott and would certainly add a start-up shine to Pfizer.

All of these folks would be relatively safe choices for Pfizer--execs with street cred. But Pfizer will need to do a terrific sales job to get any one of them.

Posted by Egypt Conflict at 7:00 AM