The Nail in the Coffin on Avandia 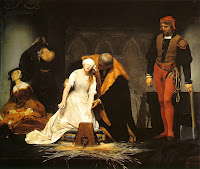 It doesn't matter what the committee votes now.

The final blow to GlaxoSmithKline's diabetes drug Avandia was not delivered by FDA whistleblower and director for science and medicine in the office of surveillance and epidemiology David Graham, although he gave the most persuasive presentation during the morning session of today's advisory committee meeting on the troubled product. It was his boss, drug safety director Gerald Dal Pan.

Graham gave the last presentation before lunch and predictably came to the conclusion that Avandia should be pulled from the market. He went through a detailed, half-hour talk explaining why he came to his conclusion, using a combination of results from long-term, placebo controlled studies, and meta-analyses to show rosiglitazone's benefits did not outweigh its cardiovascular risks.

"There is no evidence, none whatsoever, to support the benefits of rosiglitazone with these outcomes," Graham said refering to a host of cardiovascular adverse events including heart attack. He paralleled the Avandia situation to Warner-Lambert's Rezulin, saying it had cardiovascular risks other drugs (read Takeda's Actos) in the class did not have. Rezulin was pulled for showing fatal liver toxicities other drugs in the class did not have (read our earlier post).

Everyone expected that from Graham. But it was Dal Pan's endorsement of Graham's findings that effectively killed this drug, even if it does stay on the market with a black box warning. If Glaxo's legal team wasn't already in crisis management mode, they certainly will be now.

Dal Pan was noticeably reserved about the meta-analysis finding of a 43% increased risk of heart attack linked to Avandia during an early July Congressional House hearing. He was not ready at that point to make any determination on Avandia. Now, he has reached his conclusion: it should be pulled. The benefit/risk profile of Avandia "is not favorable" Dal Pan concluded.

Best case scenario for Glaxo, Graham says, is that Avandia was responsible for 40,000 excessive cardiovascular events in 6.5 years since 1999. Graham puts the real number at 80,000 excess cases. A real nightmare, if true.

Dal Pan gives credibility to Graham's findings that did not previously exist. The only reason the Office of Drug Safety did not make a formal withdrawal recommendation is that the whole drug safety team had not had a chance to review the analysis as of yet, according to Graham.

There is clearly a line in the sand between the Office of New Drugs and the Office of Surveillance and Epidemiology (drug safety) within FDA's Center for Drug Evaluation & Research. OND wants to keep it on the market, OSE wants it off. CDER office of drug evaluation II director Robert Meyer argued eloquently against Graham and Dal Pan's conclusions, adding that he himself had not decided on the appropriate "regulatory action."

But that doesn't mean much anymore. Whether or not it stays on the market, GSK's Avandia is dead.
Posted by Egypt Conflict at 12:09 PM