NCATS: Pierre Bourque Takes to the Streets in Edmonton This Weekend 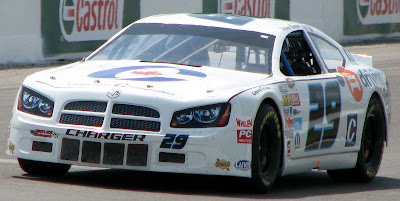 CONCORD, NC (July 18, 2007) – One any given weekend, you might find Pierre Bourque racing in anything from a Dodge Charger to a Porsche, competing in anything from the NASCAR Busch East Series to Busch Series to Canadian Tire Series to the Koni Challenge Series, running a road course or an oval and doing it at any number of tracks in the United States or Canada.

This weekend, Bourque will be hitting the blacktop of Edmonton, Alberta on a 1.96-mile temporary road course at the city’s airport complex. The Edmonton Grand Prix will include a Saturday afternoon event for the NASCAR Canadian Tire Series and Bourque will be right in the middle of the action with his Whitlock Motorsports #29 Dodge.

Bourque is both excited about the race and his chances of success in it.

"I'm thrilled to be going back to Edmonton, it's a great venue and fans are extremely welcoming and addicted to motor racing.

"I fully expect that my #29 DRIVING.CA-CANADA.COM-CONSERVATIVE PARTY Whitlock Motorsports Dodge Charger will run strong at this venue. It is very much geared to this kind of track and I know that my crew chief, Steve Mifsud, will have left no stone unturned to ensure a very fast car for me."

"The NASCAR Canadian Tire series is really catching on with sports fans across the country. It's a great sign for NASCAR as it continues to grow in Canada,” said Bourque.
Race fans will now have a new tool to keep up with Bourque’s busy racing schedule. His new website, http://www.pierrebourque.net/ has been launched. The site features all kinds of news, results and background information on the Canadian race driver, as well as a number of multimedia goodies for race fans. Be sure to check Bourque’s new site out, as well as his primary sponsor’s website, Driving.ca.

“I am as passionate about motorsports as my primary sponsor Driving.ca is about motoring. Driving.ca is a fantastic website for people looking to research a new vehicle purchase, learn about the latest industry developments, or follow the very latest in racing. We're both all about passion, which makes Driving.ca and perfect match for me."