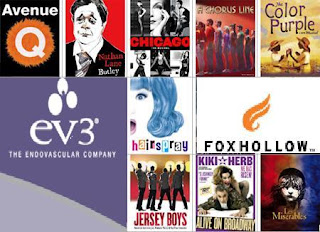 Half a decade ago, the peripheral vasculature market was a clinical backwater for most cardiovascular device companies, who were more interested in the larger, more dynamic coronary area.

This week’s merger of ev3 and FoxHollow Technologies reflects a new optimistic view of this space. The deal creates the largest peripheral vascular device company, one with a market cap of $1.7 billion on sales of around $600 million. But more importantly this combination establishes a single leader to push the peripheral market forward.

There is an irony to the success that both FoxHollow and ev3 have enjoyed in the peripheral market. Like other cardiovascular companies developing peripheral products, both Fox Hollow and ev3 were founded to focus on coronary applications, and only after finding that challenge to be too great did they eventually find their primary success in the peripherals.

FoxHollow’s success, in fact, is built on a technology—atherectomy—that has largely been shunted aside in the coronaries by the success of stents. The technology’s growing peripheral adoption is a vindication of sorts for company founder and current CEO John Simpson, PhD, MD, an angioplasty pioneer, who has long advocated that restenosis is best treated by taking the plaque out, not by putting a stent in.

Indeed, FoxHollow’s rapid growth, particularly as a public company, did much to change the thinking among CV device companies about the value of the peripheral market, while also reviving atherectomy: witness the emergence of new peripheral atherectomy players such as Cardiovascular Systems and Pathway Medical. Though FoxHollow’s market cap is no longer north of $1 billion, adoption of its technology remains strong, creating a compelling basis for this deal.

As successful as each was on its own, both companies were feeling the pressure to offer more broad-based product lines.

The ability to link atherectomy systems with ev3’s line of innovative stents and embolic protection devices potentially solves FoxHollow’s problem of being a one-product company and ev3’s issue of lacking a market-leading product. (FoxHollow does have an innovative service-based relationship with the drug company Merck, but that alliance does little to shore up its business with peripheral specialists.)

Indeed, the merger represents the logical conclusion of a product development and distribution collaboration the two companies initiated this past January linking ev3’s embolic protection device with FoxHollow’s atherectomysystem, (and discussed in a profile of ev3 that appeared this past February in IN VIVO).

For both companies, however, the collaboration was as much about market development as technology enhancement. As FoxHollow’s atherectomy technology evolved and the company’s ability to remove plaque grew more precise, it could expand the number and type of cases it treated, but in the process, issues regarding the potential need for embolic protection naturally surfaced. For ev3, the FoxHollow deal opened the door to take a technology, embolic protection, that had been used primarily in the coronary and carotid arteries and develop it for peripheral applications. Combining with ev3 should also help FoxHollow expand in Europe, where ev3 has a strong distribution platform and FoxHollow hardly any at all.

As the peripheral opportunity moves from the wings to center stage, this deal begs the question: won’t big CV device companies, particularly Medtronic and Abbott, who currently lack peripheral (non-carotid) vascular plays, see the same kind of opportunity in FoxHollow that ev3 prizes? But if breadth of product offering and, more importantly, a development effort focused on peripherals are important, it may make even more sense for the Medtronics and Abbotts and any other interested parties to let this deal close since a combined ev3/FoxHollow may be even more valuable to them down the road.
Posted by Egypt Conflict at 11:17 AM