You just know Medtronic's $1.03 billion buying spree is only the beginning, not the end, of the long-anticipated land grab around the percutaneous valve replacement field with its two major sub-markets: aortic and mitral valve devices. There has been a lag of several years since Edwards Lifesciences did the first major deal in the space, acquiring aortic player Percutaneous Valve Technology (PVT) in late 2003. But the promise of the market has continued to grow as investment remained active, technology improved, and the competition increaed.

Give Medtronic credit for the executing the old "shock and awe" routine with perfection, by picking up a pair of percutaneous players in quick succession CoreValve Inc. and Ventor Technologies Ltd., but battles aren't won with the biggest strike, no matter how impressive. 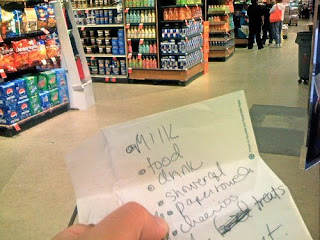 Consider the opportunities in the aortic market alone. Industry data suggests the cases of aortic stenosis will hit 4.6 million in the year 2030, almost double the cases in 2000. But the real growth comes in treating the roughly one-third or one-half of patients who currently couldn't survive an open-heart procedure.

It's that potential that's pulling Edwards Lifesciences, St. Jude, and now, most vigorously, Medtronic into building armamentariums of devices to tackle both percutaneous valve replacement markets. This was fantastic news for CoreValve and Ventor investors as the folks at Dow Jones Venture Capital Dispatch can attest.

For Medtronic, these deals represent not just an investment in technology building because in CoreValve, it is getting a company that is already competing aggressively in the European aortic market, where CoreValve's smaller-sized system is running neck-and-neck with long-time leader, Edwards.

But just as we saw in the atrial fibrillation market recently, additional acquisitions are the sincerest form of flattery. (Medtronic, once again, aggressively snapped up two of the more promising business, CryoCath and Ablation Frontiers.)

So we turned to our colleagues at Medtech Insight for the goods on what percutaneous aortic valve companies might be the target of future acquisitions and topic of future headlines. For the full story on these aortic players, please check out the January issue of Medtech Insight for the technical and operational challenges facing the percutanous aortic valve replacement field. (And for those eager to understand the potential in the percutaneous MITRAL valve replacement industry, feel free to check out Medtech Insight's cover story in the current issue here.)


And here's the field of potential acquisition targets...

JenaValve Technology Gmbh JenaValve hopes to have a CE Mark for its foldable porcine valve by the end of this year.
RAISED: $20 million since the start of 2006.
EHIs: Atlas Venture, Edmond de Rothschild Investment Partners and NeoMed.

Image courtesy of flickr user lonelysandwich through a creative commons license.
Posted by Egypt Conflict at 7:00 AM