How Much Reform, How Fast? What to Listen For Tonight 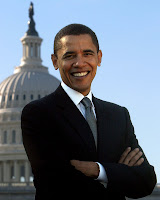 Do we have to pay for health care reform?

That is probably the single, critical question all stakeholders in the health care system will be listening for when President Obama addresses a joint session of Congress Tuesday night.

No one expects Obama to back down from his campaign promises to push for universal coverage in his first term. Indeed, Office of Management & Budget Director Peter Orszag affirmed that health care reform will be “the next priority up for the Obama administration” during a closed door meeting with the National Governors’ Association, Michigan Democrat Jennifer Granholm said Feb. 22.

However, the economic crisis and the withdrawal of Tom Daschle from his expected role as health care reform general raise significant questions about the direction of and prospects for reform in the near term.

In the context of the presidential address and upcoming budget proposal, those questions essentially focus on how reform will be framed.

For the biopharma industry, the hope is that Obama will define health care reform as, in essence, a continuation of economic stimulus, pressing the urgency of change without insisting on offsetting cuts to pay for expanded coverage.

Pharmaceutical Research & Manufacturers of America CEO Billy Tauzin suggested that policymakers should learn a lesson for Japan’s economic struggles in the 1990s. That experience, he said during a webcast sponsored by Ernst & Young on Feb. 20, shows what happens when “stimulating the economy helps turn things around and then fiscal restraint comes in too soon and then blocks the good effect of the stimulus.”

Nevertheless, all indications are that the President instead will call for a specific sum of money to be reserved for health care reform—and pledge to find offsets to pay for it upon enactment.

That may not sound like a significant difference since, after all, health care reform will have to be paid for one way or the other. For biopharma companies, however, the difference could be quite significant: many of the most obvious targets for savings involve cuts to drug pricing or other measures to control spending on pharmaceuticals.

It is almost impossible, for example, to imagine a package of health care spending cuts that does not address the prices of drugs under the Medicare Part D prescription drug program. Or that excludes a follow-on biologics provision, which would presumably be scored as reducing federal spending by billions of dollars.

Both measures may be inevitable anyway, but enactment in the context of finding a fixed savings target to pay for broad expansion of health coverage means a much higher chance that cuts to Part D pricing will be deeper, and that exclusivity to innovators under FOB legislation may be shorter, than would otherwise emerge from the legislative process.

The framing of health care reform is just one of many topics industry will be eagerly listening for in Obama’s “unofficial” state-of the-union address. Here are some key themes:

Bragging Rights: “I think the first thing he will do is talk about what he has already done,” BIO CEO Jim Greenwood said during the Ernst & Young webinar, highlighting expansion of the Children’s Health Insurance Program and several elements of the stimulus bill, including funding for health care IT, comparative effectiveness research, and new spending for the National Institutes of Health.

“I think he starts off with bragging rights and then promises in more general terms that there is much more to be done,” Greenwood said.

Still, even a recap of the first month could contain important indications of policy directions, especially when it comes to the comparative research funding included in the stimulus. That relatively small ($1.1 billion) line item generated a lot of political attention, and it will be interesting to see whether Obama devotes time to it.

Universal Coverage: Obama “is very interested in moving aggressively to expand insurance coverage,” Tauzin noted. But how prominent and how persuasive will discussion of that issue be? Tauzin clearly doesn’t expect much, predicting on the Ernst & Young call that reform will move “piecemeal” rather than in a comprehensive fashion in the months ahead.

Fiscal Responsibility: The President hosted a “fiscal responsibility” summit Feb. 23 and plans to release a 2010 Budget outline on Feb. 26. During his weekly web address Feb. 21, Obama pledged to “release a budget that's sober in its assessments, honest in its accounting, and lays out in detail my strategy for investing in what we need, cutting what we don't, and restoring fiscal discipline.” That sounds like a recipe for pay-as-you-go health reform.

Wellness/Prevention: Many politicians now display “an emphasis on prevention and dealing with chronic diseases in the early stages instead of literally waiting to treat all the damage done,” Tauzin noted. “You see that theme expressed in the politics everywhere and I expect you will see it expressed somewhere” in the Presidential address.

FDA: A month ago, the peanut butter recall made FDA the subject of discussion during White House press briefings and a pledge to name a new commissioner shortly. Daschle’s departure delayed that plan. Obviously any reference to FDA will be important for industry to analyze—all the more so if it suggests an emphasis on the food side of the agency’s mission (and hence a tilt towards an expert in that field to run the agency) and/or a commitment to zealous enforcement by regulators.

Tobacco regulation: All indications are that the White House and Congress are committed to expanding FDA’s mission to include regulation of tobacco products (a theme that ties together both prevention and FDA regulation). A discussion of tobacco could signal a further layer of distraction for the agency from the product review issues central to industry—but perhaps also an enforcement agenda that spares biopharma firms from the toughest scrutiny.

Stem cell research: Overturning the Bush Administration policy on stem cell research is an important priority for BIO, but also one that may have been delayed by the wait for an HHS nominee. Biotech companies would welcome a public commitment to reverse that policy.

Medicare managed care: The private sector has a big role in Medicare, both via fully integrated Medicare Advantage plans and as the providers of the Part D prescription drug insurance. The biopharma industry would love to see Part D serve as the template for broader health reform—but it is so closely tied to the Bush Administration that it may be difficult for Obama to embrace the program. Tonight is the first chance.
Posted by Egypt Conflict at 12:00 AM