Back to the Future on Health Care Reform 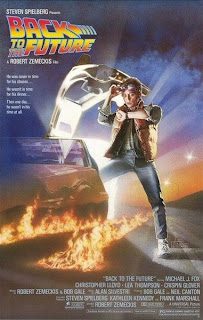 “All of our efforts to strengthen the economy will fail unless we take bold steps to reform our health care system.”
With those words uttered during his first address to Congress last night, President Obama officially kicked off the health care reform debate in 2009. Oh wait a second—those words were from Bill Clinton in February 1993.

What Obama said was “the cost of our health care has weighed down our economy and the conscience of our nation long enough. So let there be no doubt: health care reform cannot wait, it must not wait, and it will not wait another year.” In our next post, we'll offer our key takeaways from Obama's address.

But first, we just had to note an irony. The one thing everyone in Washington says about health care reform 2009 is that the Democrats have learned lessons from 1993. And yet there sure seemed to be a lot of similarities between Clinton's first address to Congress and Obama's when it came to the arguments for health care reform.

Here are a few of the parallels, courtesy of transcripts provided by the Washington Post for Clinton’s addresses, and the official White House text of Obama’s remarks.

Obama (2009): “The crushing cost of health care..now causes a bankruptcy in America every thirty seconds. By the end of the year, it could cause 1.5 million Americans to lose their homes. In the last eight years, premiums have grown four times faster than wages. And in each of these years, one million more Americans have lost their health insurance. It is one of the major reasons why small businesses close their doors and corporations ship jobs overseas. And it’s one of the largest and fastest-growing parts of our budget.”

Clinton: “Later this spring, I will deliver to Congress a comprehensive plan for health care reform that will finally get costs under control.”

Obama: “In the next few days, I will submit a budget to Congress…[that] includes an historic commitment to comprehensive health care reform – a down-payment on the principle that we must have quality, affordable health care for every American.”

Clinton: “There will be no new cuts in benefits from Medicare for beneficiaries. There will be cuts in payments to providers: doctors, hospitals, and labs, as a way of controlling health care costs. These cuts are only a stop-gap until we reform the whole health care system.”

Obama: “Comprehensive health care reform is the best way to strengthen Medicare for years to come.”

Clinton: “We will root out fraud and outrageous charges, and make sure that paperwork no longer chokes you or your doctor.”

Obama: “We will root out the waste, fraud, and abuse in our Medicare program that doesn’t make our seniors any healthier.”

Of course, we all know what happened next: Clinton’s vaunted health care reform task force set to work, and the debate devolved into partisan differences and collapsed under its own weight. Obama surely won’t repeat that mistake.
Or will he? “Now, there will be many different opinions and ideas about how to achieve reform, and that is why I’m bringing together businesses and workers, doctors and health care providers, Democrats and Republicans to begin work on this issue next week” (Obama, 2009).
Posted by Egypt Conflict at 10:50 AM