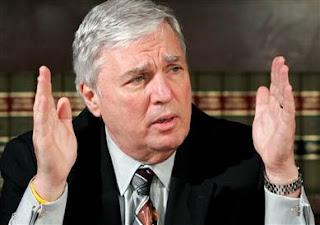 “I’m not going to go fishing and play golf.”
That is how former FDA commissioner Andrew von Eschenbach describes his post-government plans after leaving the Food & Drug Administration: a consulting gig at Greenleaf Health LLC, a return to MD Anderson and any “other opportunities,” should they present themselves. Von Eschenbach left FDA in January when President Barack Obama took office and has kept mum about his future plans.

Of course, as a former government official, von Eschenbach is restricted in the work he can do as an industry consultant. For the next year, for example, he cannot advocate directly to FDA on behalf of a third party. And he has a lifetime ban on lobbying the agency on the rules and regulations upon which he worked on or influenced while he was commissioner.

But in speaking to von Eschenbach, that doesn’t sound like the type of work he’s interested in anyway. In a phone interview, von Eschenbach talked broadly about “contributing to a more strategic discussion of the future of health care” and helping to find “integrated solutions” for diseases like cancer and Alzheimer’s—all in the context of the greater health reform debate.

As he was at FDA, von Eschenbach is interested in issues like personalized medicine, genomics and informatics, and ways in which the system can prepare for a more patient-centric health care environment. Greenleaf, he says, is a great “launching pad” by which to contribute to those kinds of macro health care issues, and participate in a “greater conversation on a global perspective.”

Von Eschenbach is also “deeply interested” in directly contributing to health reform efforts—one of President Obama's priority issues for his first term. Von Eschenbach says he is open to talking to policymakers (without directly lobbying anyone) about changes that are needed to support the types of products—like personalized medicine and drug-diagnostic combinations—that he believes will be the future of health care. (Von Eshenbach offered thoughts on that topic during a recent health policy conference sponsored by The Atlantic. You can read more in an upcoming issue of The RPM Report.)

If that weren't enough, he's also returning to academia. As we predicted in an earlier blog post, Von Eschenbach is returning to University of Texas MD Anderson Cancer Center in Houston, where he spent 25 years of his career in various leadership positions before being named director of the National Cancer Institute in 2000.

Upon his return to MD Anderson—which is still in the works—he will be an adjunct professor and will serve on the advisory board of the David Koch Center for Applied Research in Genitourinary Cancers. His first board meeting is April 3.
Posted by Egypt Conflict at 10:58 AM