The Cost of Money 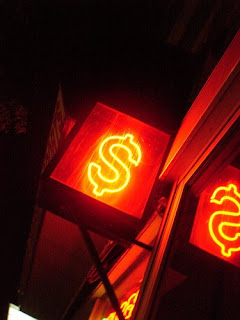 Just how tight is money in biotech?

Well, you could look at the number of companies trading below cash (81, per Rodman & Renshaw). Or the number of months without a significant US biotech IPO: 14, per Strategic Transactions).

Then there are the anecdotal measures. One recent anecdote of interest: Dyax’s $15 million debt royalty financing from Cowen. Dyax has been around forever (well, OK – since 1989) and hasn’t managed to get a drug to market yet (it isn’t alone in that, of course). It’s got one drug at the FDA now (DX-88, or ecallantide, for hereditary angioedema – an orphan drug candidate which hasn’t had the smoothest of development programs) and a couple of still preclinical candidates. But that’s largely because most of Dyax’s life was spent on developing its phage display technology and finding companies who wanted to exploit it.

The relatively predictable stream of revenues from the platform business, Dyax realized, could in fact help finance the pipeline and they turned to Paul Royalty, which in return for what now Dyax figures was a 25% IRR for Paul, borrowed $30 million against, and repaid through royalties on, the platform business’ proceeds (called the Licensing and Funded Research Program, or LFRP).

Fast forward two years. Paul Royalty’s Greg Brown has joined the newly set up Cowen Healthcare Royalty Partners and he does a new deal with Dyax – one that allows the company to pay off the final $35 million it still owed Paul with a new LFRP-secured $50 million loan, again repaid through royalties. The deal looks like a comparative bargain: a 16% interest rate (given the kind of money outfits like Paul could make, competition for providing royalty financing was getting competitive and rates were going down – see for example this piece from IN VIVO).

But now Dyax has gone back to the well, in a financing environment which has become considerably bleaker. Moreover, the future of Dyax’s big bet -- ecallantide – is looking a bit dicey. An FDA advisory panel voted that the drug’s risk-benefit profile supported approval in adults, but the vote was a narrow one (6-5, with two abstentions). They nixed approval for kids. Safety, they said, wasn’t adequately assessed – very tough in an orphan disease (See our Pink Sheet analysis).

Cowen’s loaned an additional $15 million to Dyax – but the interest rate is 34% higher (21.5% annually) and assures the financier of doubling its money, since Dyax can’t prepay the loan for 3½ years. Cowen also gets more security (it gets repaid with bigger chunks of the LFRP revenues) – and some upside through warrants.

OK, you gotta do what you gotta do. But let’s face it. Just as there’s no free lunch, there’s really no dilution-free financing, either. Especially now.

image from flickr user tadson used under a creative commons license.
Posted by Egypt Conflict at 9:30 AM