If FDA Pulls a Drug, Which One Will It Be? 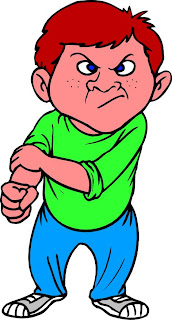 This podcasting stuff is fun, but sometimes we even surprise ourselves.
During our most recent IN VIVO Blog podcast, we (meaning my fellow podcaster Ramsey Baghdadi) made a bold prediction: that there will be a high profile drug safety withdrawal this year, in effect to make the point that it is no longer business as usual at FDA.

We (meaning me) were very surprised to hear that prediction, and frankly disagreed. Its not that we don't think the new FDA leadership will take steps to show its independence from industry, its just that it seems inconceivable that they would go to the extreme of pulling an FDA-approved drug to make that point. More Warning Letters, sure. Tough regulatory responses to manufacturing problems, yes. A clampdown on direct-to-consumer advertising, okay. Heck, maybe even putting a CEO in jail the next time sloppy manufacturing or unethical marketing causes patient harm.

But pulling a drug? That's crazy.

Then we started thinking about it a bit. If you had told us in 1990 that David Kessler would, as commissioner, pull a perfectly harmless national brand of orange juice from the shelves nationwide simply to make a point about truth in labeling, we would have called you crazy. But he did. (Remember Citrus Hill "Fresh" OJ? P&G does.) And he did as part of a frankly anti-regulatory Republican administration, no less.

So, given all the attention that the Democratic leadership in Congress has focused on drug safety--and especially on a few prominent examples where they view FDA as having failed in its public health mission--maybe it isn't so inconceivable that the new commissioner will end up pulling one to demonstrate unequivocally that the "old" FDA is gone forever.

Now, bearing in mind that this is pure speculation on our part, we then got to thinking: if FDA decided to go that route, which drug would they pull?

It isn't too hard to come up with candidates. To our mind, the criteria would be relatively simple: what are the drugs where Congress has raised the most concern, where the impact of a withdrawal would do the most to enhance FDA's credibility as a regulator (in the eyes of those who equate being tough on industry with credibility), and where the commissioner could make the case most convincingly that the drug would never have been approved if the agency knew everything it now knows about the risk/benefit profile.

Here is our top five, but we want to know what you think too. And, to repeat: this to get you thinking about the "what ifs," not a prediction of (or call for) any product withdrawal.

Avandia -- As the poster child for drug safety in 2007, GlaxoSmithKline's diabetes medicine would obviously be vulnerable if the new FDA leadership wants to signal a break with the past. Recall that FDA itself was publicly split on whether Avandia should stay on the market, and that it was the subject of a review by the agency's Drug Safety Oversight Board, which voted 9-8 in favor of continued marketing. The new leadership at FDA could simply reconvene that board--with its new membership in the new Administration, and perhaps convene it in public to embrace the Administration's commitment to "transparency"--and we bet the outcome could easily go the other way. That would certainly make Rep. Henry Waxman happy.

Ketek -- FDA took a grilling for the review of Sanofi-Aventis' antibiotic because of a severe case of clinical investigator misconduct in the pivotal trials. The agency ultimately decided that the dataset in support of Ketek is strong enough without the suspect results to continue marketing. However, the new leadership could easily take the position that there is no way to trust any of the data in the Ketek NDA and therefore that the approval is rescinded. That would make Sen. Chuck Grassley happy.

Celebrex -- Pfizer's celecoxib is the only cox-2 inhibitor left on the market. Pulling it would certainly tell the world that the Vioxx era is over once and for all. To be fair, Celebrex is probably one of the most thoroughly studies medicines ever marketed at this point--but that wasn't good enough for Merck's Arcoxia.And with a big settlement soon to be announced regarding Pfizer's marketing of its cox-2 brands, a withdrawal could play as just desserts.

Accutane -- Roche's off-patent acne drug has been marketed for years under a series of risk management programs intended to minimize the potential for birth defects associated with the drug. Ironically, it is only in the past few years that the agency finally thinks it has a program in place that works. But the risk/benefit ratio for the drug has also been a tough case, given that the drug is for cosmetic use, and that only got tougher when questions were raised about potential risk of suicidality with the drug. And those questions have been one of the toughest issues for FDA politically, since Rep. Bart Stupak's son is among those who committed suicide while on therapy with the drug. If FDA is looking to please its Congressional critics above all else, that step may do more than any other to achieve that goal.

OTC cough/cold remedies -- Incoming deputy commissioner Josh Sharfstein led the charge on relabeling over-the-counter cough/cold products to restrict pediatric use. But is he satisfied that FDA went far enough? He can make the call himself soon enough.

Alright, so what do you think? Take our poll below and we'll post the results next week.