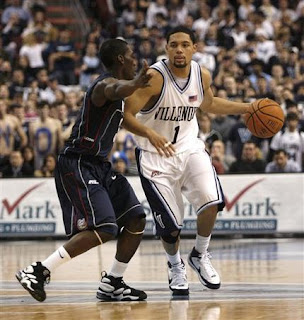 The UCLA Bruins and the Villanova Wildcats will both be trying to pick up a win on Saturday when they battle at Wachovia Center in the second round of the NCAA Tournament.

Oddsmakers currently have the Wildcats listed as 2-point favorites versus the Bruins, while the game's total is sitting at 145.

UCLA was outplayed in the second half, but managed to sneak out a 65-64 victory over VCU in the first round of the NCAA tournament on Thursday. UCLA failed to cover the 8-point spread, while the 129 points fell UNDER the posted total of 137.

Josh Shipp led the way with 16 points and eight rebounds.

Villanova trailed by 10 points at halftime, but stormed back to defeat American University 80-67 on Thursday in the opening round of the NCAA tournament. Villanova failed to cover the 15-point spread, but the 147 points sailed OVER the posted total of 128

Dwayne Anderson had 25 points with nine rebounds and Dante Cunningham also had 25 in the win.

A few trends to consider:
UCLA is 6-1 SU in its last 7 games

Posted by Egypt Conflict at 8:52 PM