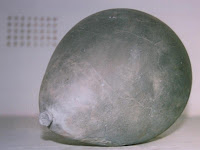 That thud you just heard was the sound of Formula 1's plan to award the driver's championship to the racer with the most wins... doing a crash and burn.
Sanity prevailed in the form of the teams' refusal to go along with the nutty scheme. You can read the full story here.
Last year's championship went down to the last turns, of the last lap, of the last race. Only the brains who run F1 could have viewed that result as a situation in need of repair. Yes, minds would be open to considering increasing the points gap between first and second place, but F1's scenario was insane.
What are the odds that any driver with a two-win cushion following the midway point of the season wouldn't spend the rest of the schedule doing the 'Schumacher First Turn Blitz' on the driver with the next-highest win total? Slim and none.
For now, the FIA will just have to find another way to bugger up the sport...
Posted by Egypt Conflict at 12:32 PM