Harvard's Biederman: After Me, There Is Only God 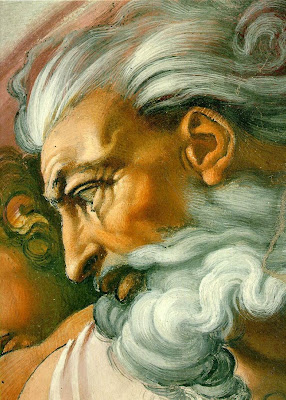 Do you remember Joseph Biederman? (Hint: He's the guy pictured below left not the big man on the right.)

He's the Harvard University psychiatrist who is one of several prominent academics being investigated by the US Senate Finance Committee for allegedly failing to properly disclose payments from the pharmaceutical industry, while also conducting grants for the National Institutes of Health (see background).

In Biederman's case, he allegedly failed to fully report approximately $1.6 million in consulting fees from various drugmakers between 2000 and 2007, according to the committee. And court documents released late last year suggested he also pushed Johnson & Johnson to fund a research center at Massachusetts General Hospital that would advance J&J's commercial goals (take a look).

As a result, Biederman is currently enmeshed in litigation in the Superior Court of New Jersey, where three drugmakers - AstraZeneca, Eli Lilly and J&J's Janssen unit -are being sued in connection with risks associated with their antipsychotic medications. Attorneys for the families who filed suit fought to interview Biederman under oath because his work has been crucial to the widespread acceptance of the pediatric usage of antipsychotics.

Now, though, Biederman is hoping Superior Court Judge Jamie Happas will agree to have his deposition sealed, because he doesn't want the extent of his involvement with the companies publicized. However, we understand The New York Times is already gearing up for a story, which prompted Biederman's attorneys to write this letter to Happas.

What's in the deposition? Dozens and dozens of pages of detail relating to Biederman's activities, but we encourage you to peruse both sections of the document. (Please see here and here.)

One exchange in particular caused us to do a double take. On page 47, Biederman is quizzed about his professional ranking at Harvard. He notes that his resume is used for academic promotions.

Lawyer: "What does that mean?"

Lawyer: "What rank are you?"

Lawyer: "What's after that?"

No mere key opinion leader is he.
Posted by Egypt Conflict at 5:00 PM