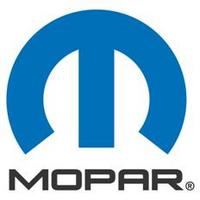 September 11, 2005. Ron Beauchamp Jr. and the Mopar Parts team traveled to Cayuga Speedway for 200 laps of action under the lights in round number eleven of the CASCAR Super Series. The fast 5/8 mile oval is a favourite of competitors and the team expected another solid finish.

Beauchamp and the Mopar Parts Charger were quick right out of the box and locked up the fourth starting spot during time trials. “Everyone naturally thinks that Cayuga is all about horsepower because it’s a large track” said the driver. “But if you’re car is handling well that’s just as important to a good race.

As the CASCAR competitors took the green flag Ron Beauchamp Jr. and the Mopar Parts Dodge were able to maintain a strong race pace and the field began to string out until a caution period bunched things up and started the sequence of pit stops. It was quick and efficient service for the Mopar Parts crew as Beauchamp returned to the competition.

In the middle segment of the race Beauchamp was able to keep the Mopar Parts Dodge up front but couldn’t really make a play for the top spots. “As the sun went down and the temperature dropped the handling really changed on us” said the somewhat disappointed driver. “The car became quite a handful in the final part of the race and we had to fight for every position.

Beauchamp did just that and secured an eighth place finish. “It’s another good finish for us” said the driver. “Now we want to head to the final race and have another really good day to finish out this season. Maybe we can even move up another spot or two in the points”. Ron Beauchamp Jr. sits fifth in the overall CASCAR Super Series Championship.

Ron Beauchamp Jr. and the Mopar Parts Charger head to Kawartha Downs for the final Super Series race of the season on Sunday September 18th. The Dodge Ram Tough 250 presented by the Dodge Dealers of Ontario is scheduled for 2:30PM.

The CASCAR Super Series is the only National Stock Car Racing series with events scheduled this year at famed oval tracks including Delaware Speedway & Cayuga Speedway along with road courses and temporary street circuits like the Toronto Indy. You can keep up with the latest news on the CASCAR Super Series by logging onto the website at http://www.cascar.ca/.
Posted by Egypt Conflict at 12:38 PM